The Silver Service Award honors those employees who have reached the 25-year active service milestone. This distinction includes having a coach named after the driver. Bill was presented with Silver Service Award decals that were placed on the interior and exterior of his motorcoach of choice – Trans-Bridge Lines Bus 421.

Bill began his driving career with Trans-Bridge Lines in 1994, and has been accident-free for 21 years. Outside of work, Bill is a sports fan and enjoys watching baseball, basketball, and football.

When asked what aspect of his job he enjoys the most, Bill stated that multi-day trips are his favorite. Over the span of his 25 years of service, he has worked with the Trans-Bridge Lines Charter Department providing transportation to school, church, and other groups for both in-state and out-of-state destinations. His most recent trips took him to Florida with a Moravian University sports team and South Carolina with students from Muhlenberg College.

Friends and colleagues congratulate Bill on his achievement. 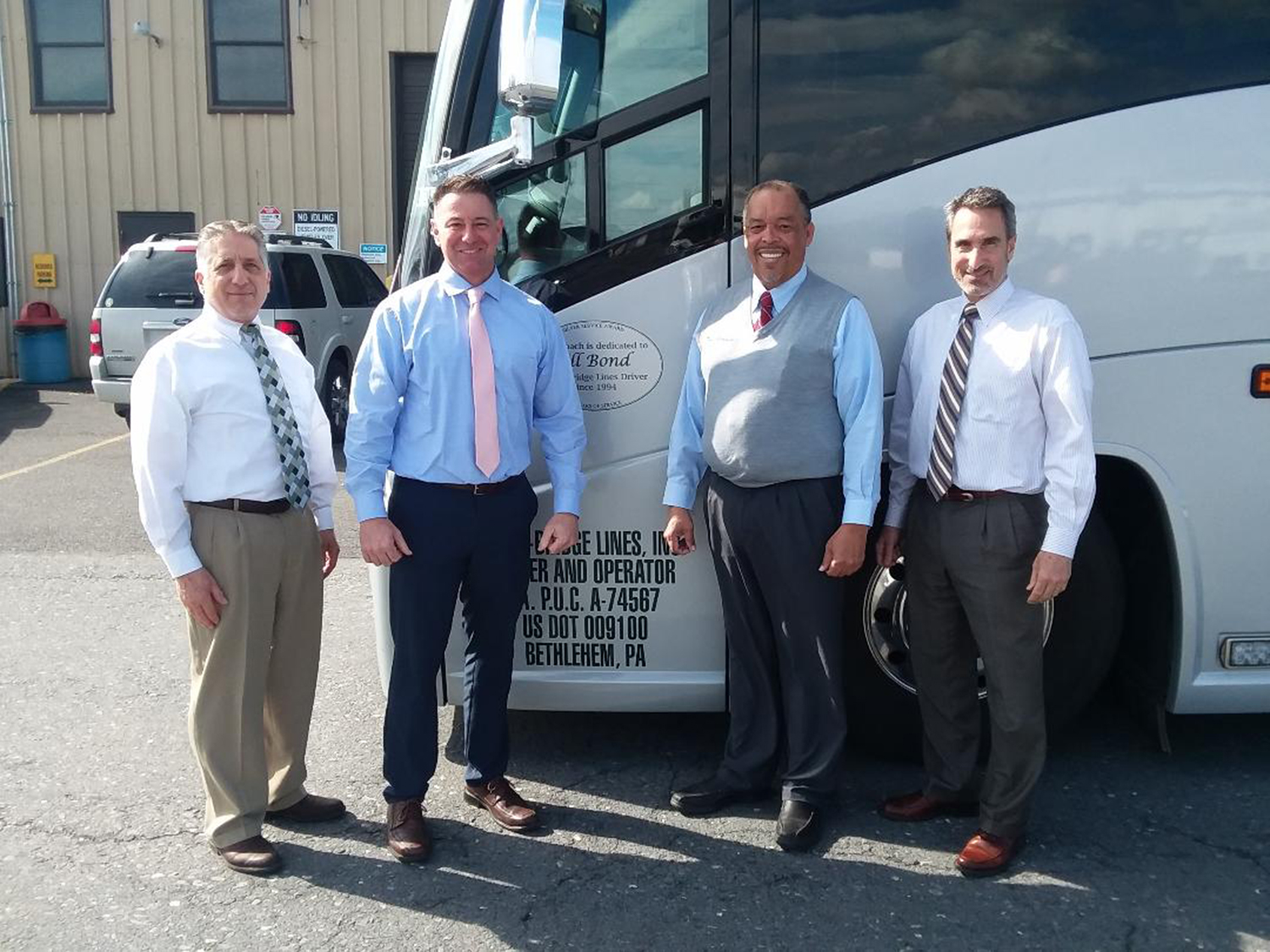