Bethlehem, PA – Trans-Bridge Lines recently attended the Antique Automobile Club of America / Museum of Bus Transportation Spring Fling held June 3 and 4 in Hershey. The company’s 2016 Prevost H3 motorcoach, Bus 126, was honored with a “Best in Show” award during the event. 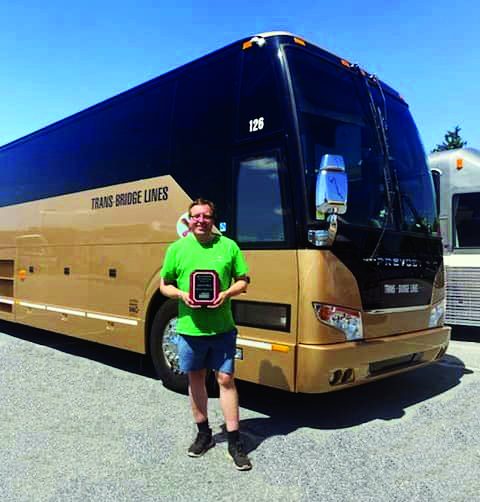 “While attending the event, participating buses get a registration number for their class. Trans-Bridge Lines class was ‘Modern Seated Coaches,’ said Stanczyk, “I saw a lot of people writing down our show registration number after seeing the coach. I truly felt we had a winning edge in this class with Bus 126, and was really pleased with all the compliments from attendees who looked and walked through the coach. It was a treat to interact with bus enthusiasts and the general public, some of whom have never been up close with a motorcoach. I had the opportunity to talk to them about the coach and what we do at our company.”

The black and gold premium executive motorcoach is used as the official transportation for the Lehigh Valley Phantoms, Lehigh Valley IronPigs, and other groups when there is availability. The coach has 33 seats with a two-and-one seating arrangement and features oversized leather seats, a galley kitchen area, and a lavatory.

“Some fans of the Phantoms hockey team were excited to see what the inside of the player’s bus looked like. They were quite impressed,” said Stanczyk. 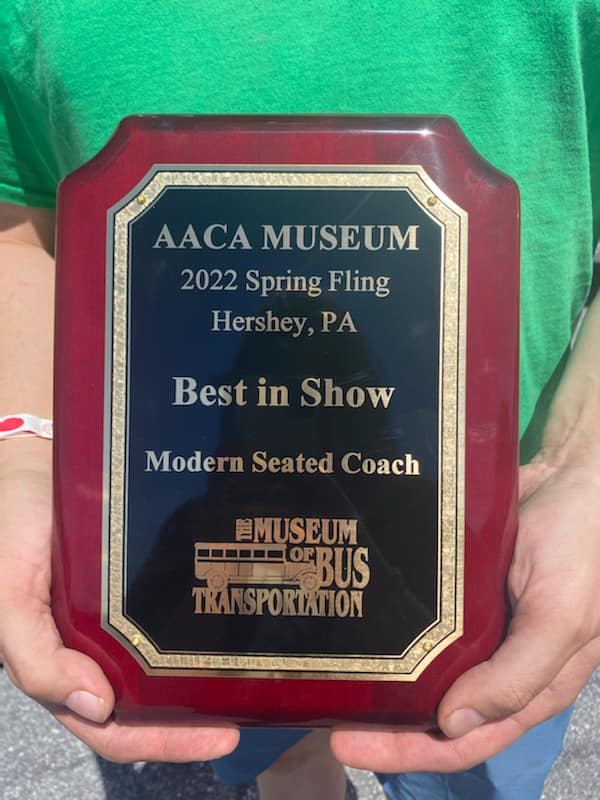 “We are proud of this beautiful coach. It provides comfort, style, and all the modern amenities our customers expect,” said Tom JeBran, President of Trans-Bridge Lines. “Each seat has its own control settings, outlets for personal electronic devices, window shades, and individual reading lights.”

Proudly recounting the day, Stanczyk said, “At the close of the day, I was approached by event organizers and informed that we had won in our class. I got to pull the coach around the museum building to the gathered crowd who were waiting to photograph the bus as they announced Trans-Bridge Lines as the “Best in Show” winner. What a great day!”